We hear a lot about the Antichrist. Is any of it true?
<!–

An ordered to close a church was issued last year but according to the church’s pastor, he was never told of such an order.
Source: Order Issued to Close Church Building in Oran, Algeria, Christian Leaders Say

President Trump announced a proclamation on Thursday ensuring the constitutional protection of prayer in public schools.
Source: 'We Will Uphold Religious Liberty': Trump Safeguards Prayer in Schools with New Guidance

But the task of stewarding diverse congregations remains a challenge, emotionally and spiritually. 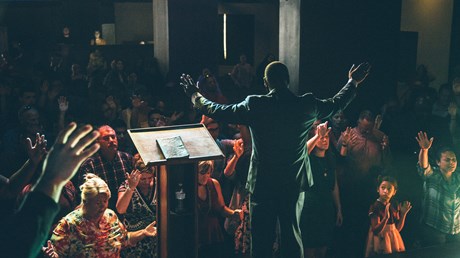 For four hours at a megachurch outside of Dallas, pastors of color shared their personal stories of leading a multiethnic church.

One, a lead pastor of a Southern Baptist congregation in Salt Lake City, recalled the “honest conversations” he had with his 10-member leadership team before it agreed that he would present “both sides” of the controversy over quarterback Colin Kaepernick’s kneeling protests at NFL games.

A founding elder of a fledgling Cincinnati congregation expressed satisfaction with her “phenomenal church,” but said “Lift Every Voice and Sing”—a hymn often called the “black national anthem” that most African American churchgoers learn in childhood—is so rarely featured at her multiethnic church that her younger daughter learned it instead from Beyonce’s version.

A pastor of a church in Atlanta adapted his multicultural services so that its prayers, food, and sermon illustrations included not only traditions of blacks and whites but those of a member from India, who had noted that his culture had not been acknowledged.

Those leaders, who met at Mosaix Global Network’s Multiethnic Church Conference in November, are part of a decades-long, still burgeoning movement to integrate Christian worship services, aiming to refute the oft-quoted saying by Martin Luther King Jr. that Sunday mornings are the most segregated time of the week in the United States.

In 1998, 6 percent of congregations of all faiths in the US could be described as multiracial; in 2019, according to preliminary findings, 16 percent met that definition. In that time frame, mainline Protestant multiracial congregations rose from 1 percent to 11 percent; their … 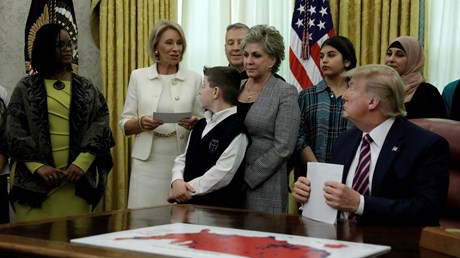 This is first updated guidance on school prayer from the Education Department since 2003. The directive orders states to verify that school districts have no policies limiting constitutionally protected prayer and to refer violators to the Education Department. That’s much like the earlier guidance, but the directive goes further in requiring states to provide ways for making complaints against schools.

Students can pray on their own or together during lunch or other free times, for example, and student speakers can pray at assemblies or sports games as long as they weren’t chosen to speak based on their religious perspectives, according to the guidance.

The president hosted more than a dozen students and teachers in the Oval Office for the announcement, including Teachers Who Pray founder Marilyn Rhames, who CT featured in 2018. Her organization gathers teachers for prayer and spiritual formation outside of classroom instruction time.

“There’s a myth out there that what Teachers Who Pray does … is not legal, and it absolutely is,” she said during the presidential gathering. “I’m here to tell teachers we need to pray … We need to do what we have to do for our kids because if we’re not strong, we can’t make them strong.”

Public schools have been barred from leading …

A new Pew Research Center poll shows that a majority of evangelicals and members of historically black protestant churches say politics should be discussed in the congregation.
Source: Most Evangelicals Say Churches Should Discuss Politics, Pew Shows

Prepare for the big leagues with these faith-building reads.
<!–