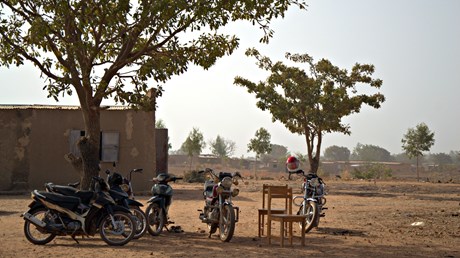 Gunmen killed 24 civilians, including a church pastor, and kidnapped three others on Sunday in Burkina Faso, an official said. It was the latest attack against a religious leader in the increasingly unstable West African nation.

The mayor of Boundore commune, Sihanri Osangola Brigadie, said the attack occurred in the town of Pansi in Yagha province. The roughly 20 attackers separated men from women close to a Protestant church. At least 18 other people were injured.

“It hurt me when I saw the people,” Brigadie said after visiting some of the victims in the hospital in Dori town, 180 kilometers (110 miles) from the attack. The gunmen looted oil and rice from shops and forced the three youth they kidnapped to help transport it on their motorbikes, he said.

Both Christians and Muslims were killed before the church was set on fire, said a government security official in Dori who spoke on condition of anonymity because they weren’t authorized to speak to the media.

Attacks have targeted religious leaders in the area in the past. Last week, also in Yagha province, a retired pastor was killed and another pastor was abducted by gunmen, according to an internal security report for aid workers seen by The Associated Press.

More than dozen people were killed at an evangelical church in last December, and back-to-back attacks targeted Protestant and Catholic gatherings last spring.

Analysts are concerned that attacks against civilians, including against Christians, are increasing “at an alarming rate,” said Corinne Dufka, West Africa director for Human Rights Watch. “Perpetrators use victims’ links to government or their faith … 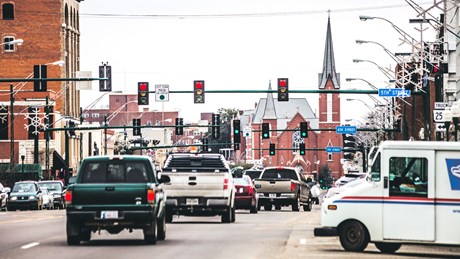 More Americans are driving farther to church, according to a new study from sociologists Kevin D. Dougherty at Baylor University and Mark T. Mulder at Calvin University. About a third of evangelicals drive more than 15 minutes to church, and 8 percent drive more than half an hour. Black Protestants drive farthest, with nearly one in five going more than 30 minutes to worship. Among all church goers, the percentage traveling more than 15 minutes to church increased 10 percentage points from 2001 to 2017. The change may be connected to the growth of megachurches, thesociologists say, which pull people from a larger geographical area.

Whether you support or oppose the person sitting in the White House, there is one thing you can be doing to help them … praying from them.
Source: How to Pray for the President, Other Civil Leaders

More American couples set out to be “equally yoked” on political matters too. 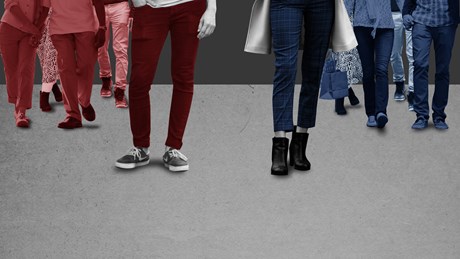 Half or more of white evangelicals say it would be impossible or very difficult to date someone with another view on abortion, religious freedom, or gun rights—their top dating deal-breakers, according to a new survey from the American Enterprise Institute (AEI).

The poll also found that most Americans—and most Christians across traditions—would be unwilling to date someone who had a different stance than them on President Donald Trump.

For decades, married couples have become increasingly united on political issues, and dating has taken a particularly partisan turn under the current administration. For believers, the instinct to make political party a prerequisite for a relationship is complicated.

“If a person prioritizes political leanings as much as faith, that’s not biblical,” said Greg Smalley, a Christian counselor and vice president of marriage at Focus on the Family. “God doesn’t prioritize politics. He prioritizes that we are equally yoked.”

Smalley advised Christian daters to determine what issues are the most important to them—starting with their basis in Scripture—and look where there might be room for compromise, realizing that the goal is not for couples to march in lockstep on every issue.

Source: Even for Christians, Trump Has Become a Dating Deal-Breaker

A pastor in India was attacked by a dozen local residents who were attempting to build a wall meant to block people from attending worship services at his home in L.B. Patnam village, Andhra Pradesh. Reportedly, led by a local Hindu extremist, the group attacked him, breaking his hand.
Source: Church Decimated after Upper-Caste Hindus Stir Hostilities in Andhra Pradesh, India

When thinking about why women choose to have abortions, one must consider the role financial pressure plays in the situation. Two new bills offer some sort of solution to the issue by finding creative ways to make having a child more affordable.
Source: Pro-Life, Pro-Paid Family Leave: A Worthwhile Proposal

A federal judge ruled that the state of Kentucky must pay an atheist man more than $150,000 after the state denied his request for a vanity license plate that read, “IM GOD.”
Source: Kentucky Must Pay Atheist 0,000 for Rejecting 'IM GOD' License Plate