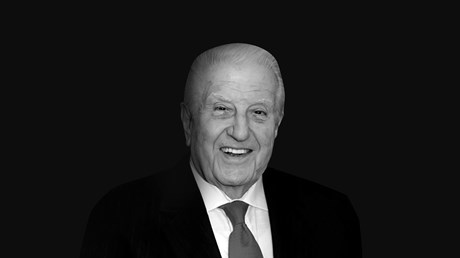 John Edmund Haggai, a preacher and revivalist who saw the need to equip Christians around the world to evangelize their own countries, died Wednesday at 96.

Known for challenging people to “attempt something so great for God, it’s doomed to failure unless God be in it,” Haggai founded Haggai Institute for Advanced Leadership, moved it to Singapore, and trained more than 120,000 evangelists from non-Western countries, including 1,200 from Indonesia, 400 from the Philippines, 500 from India, 400 from Nigeria, and 380 from Brazil. He argued this was the best new strategy for global missions after the end of Western colonialism.

One of his first students was K. P. Yohannan, who went on to found Gospel for Asia.

“Haggai was full of stories,” Yohannan recalled. “In them all, Christians were overcomers and giants—men and women who received a vision from God and refused to let go of it. Diligence to your calling was a virtue to be highly prized. Haggai was the first person who made me believe that nothing is impossible with God.”

Haggai was born in Louisville, Kentucky, in 1924. His father was a Syrian refugee who had fled Turkish forces in 1912 and was welcomed to the United States. The elder Haggai converted from Eastern Orthodox to evangelical Christianity, enrolled in Moody Bible Institute, and became a Southern Baptist pastor.

The younger Haggai was inspired to follow in his father’s footsteps: He accepted Jesus as his Lord and Savior at four years old and announced he felt a call to preach at six. A few years later, Haggai said he wanted to be a missionary to China.

Haggai went to Moody like his father and met Christine Barker from Bristol, Virginia, a soprano who sang professionally …

« Broadway Actor Comes Under Fire for Speaking Out against COVID Restrictions on Churches
Co-Parenting: Children as the Products of Contracts Instead of Love »