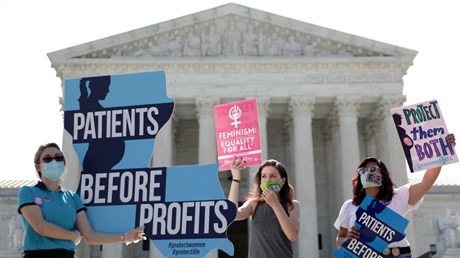 The Supreme Court has ruled that a Louisiana law regulating abortion doctors places an unacceptable obstacle in the path of women who want an abortion. Pro-life advocates had hoped that the two new conservative justices would swing the court in a different direction than its 2016 ruling on a similar case.

“This decision is disappointing and wrong-headed,” said Russell Moore, president of the the Southern Baptist Convention’s Ethics and Religious Liberty Commission. “The Louisiana law was directed toward the simple goal of protecting women from danger by placing the most minimal restrictions possible on an abortion industry that insists on laissez-faire for itself and its profits.”

The Louisiana law required abortion doctors to obtain admitting privileges at a local hospital. Legislators said the requirement would improve the level of care that clinics provide for women.

The court struck down a similar regulation in Texas in 2016, ruling that the regulation would have no positive affect on the level of treatment women received, but would likely cause some clinics to close. The regulation was unconstitutional, because it placed an “undue burden” on women’s access to abortion.

“Enforcing the admitting-privileges requirement would drastically reduce the number and geographic distribution of abortion providers, making it impossible for many women to obtain a safe, legal abortion in the State and imposing substantial obstacles on those who could,” wrote Stephen Breyer, for the majority.