Christian broadcaster’s expansion into Hebrew cable channel may be short-lived, but raises profile of followers of Yeshua. 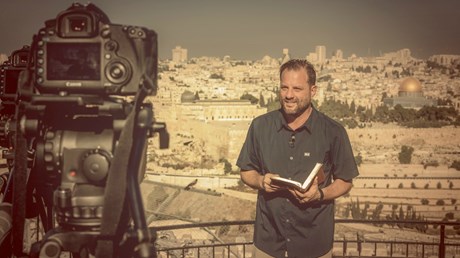 An evangelical broadcaster who boasted of miraculously securing a TV license in Israel now risks being taken off the air over suspicions of trying to convert Jews to Christianity.

The controversy over GOD TV has put both Israel and its evangelical supporters in an awkward position, exposing tensions the two sides have long papered over.

Evangelicals, particularly in the United States, are among the strongest supporters of Israel, viewing it as the fulfillment of biblical prophecy, with some seeing it as the harbinger of a second coming of Jesus Christ and the end of days.

Israel has long welcomed evangelicals’ political and financial support, especially as their influence over the White House has risen during the Trump era, and it has largely shrugged off concerns about any hidden religious agenda.

But most Jews view any effort to convert them to Christianity as deeply offensive, a legacy of centuries of persecution and forced conversion at the hands of Christian rulers. In part because of those sensitivities, evangelicals, who believe salvation can only come through Jesus and preach the gospel worldwide, rarely target Jews.

When GOD TV, an international Christian broadcaster, reached a seven-year contract earlier this year with HOT, Israel’s main cable provider, it presented itself as producing content for Christians.

But in a video message that has since been taken down, GOD TV CEO Ward Simpson suggested its real aim was to convince Jews to accept Jesus as their messiah. The channel, known as Shelanu, broadcasts in Hebrew even though most Christians in the Holy Land speak Arabic.

“God has supernaturally opened the door for us to take the gospel of Jesus into the homes and lives and hearts of his Jewish people,” …