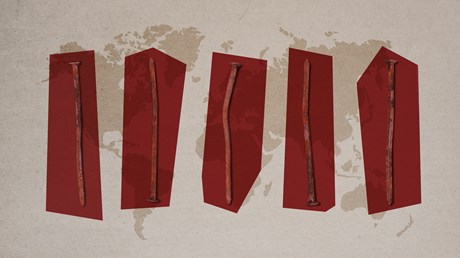 Every day, 8 Christians worldwide are killed because of their faith.

Every week, 182 churches or Christian buildings are attacked.

And every month, 309 Christians are imprisoned unjustly.

So reports the 2020 World Watch List (WWL), the latest annual accounting from Open Doors of the top 50 countries where Christians are the most persecuted for their faith.

The listed nations comprise 260 million Christians suffering high to severe levels of persecution, up from 245 million in the 2019 list.

Another 50 million could be added from 23 nations outside the top 50 (such as Mexico, Chad, and the Democratic Republic of the Congo), for a ratio of 1 in 8 Christians worldwide facing persecution.

Last year, CT noted “Asia Rising” as India entered the top 10 for the first time while China rose from No. 43 to No. 27.

That trend continues, as 2 in 5 Asian Christians suffered high levels of persecution last year, up from 1 in 3 the previous reporting period. China’s crackdown on both state-sanctioned and underground churches and its growing surveillance network added 16 million to the worldwide tally of Christians facing persecution.

Open Doors tracks persecution across six categories, including both social and governmental pressure …

Source: The Top 50 Countries Where It’s Hardest to Be a Christian

« India Refuses to Let American Pastor to Leave the Country, His Lawyer Believes He Was Targeted for His Faith
Pastor Turns Terrorist Hostage Video into Testimony »