As Trump administration changes US policy on Jewish settlements, Palestinian council head urges prayer for all. 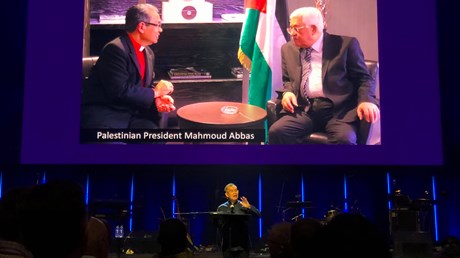 After 12 years of waiting, evangelicals in Palestine now claim they have greater civil rights than their fellow believers in the Holy Land.

Earlier this month, the president of the Council of Local Evangelical Churches in the Holy Land—which represents congregations and ministries located in the West Bank, East Jerusalem, and the Gaza Strip—triumphantly held aloft his evidence at the once-a-decade general assembly of the World Evangelical Alliance (WEA).

“Here is the presidential decree signed by … President Mahmoud Abbas,” Munir Kakish told the approximately 800 WEA delegates from 92 nations gathered in Bogor, Indonesia. “Our hearts are full of thankfulness to God for this new declaration.”

When the Palestinian Authority (PA) was created in 1994 following the Oslo Accords, pastors of local evangelical churches met to create a council in order to have a voice with the new government, Kakish told CT.

“I knocked on [the PA’s] doors many times,” he said. “But now the timing was right, and the personnel … were understanding.

“Most of all, it was our persistence to obtain our civil rights as Palestinian citizens.”

Over time, the council—which Kakish has led since 2007—gained credibility as he introduced evangelical leaders from around the world to local stakeholders. At this month’s assembly in Indonesia, he thanked WEA president Efraim Tendero and executive adviser Deborah Fikes.