With landmark book, he became “chief architect and guiding light” of the intelligent design movement. 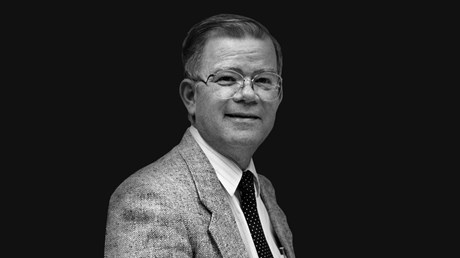 Phillip E. Johnson, a law professor who helped launch the modern intelligent design movement, has died at home in Berkeley, California. He was age 79.

Johnson’s landmark book, Darwin on Trial, argued that Darwinian evolution didn’t have real evidence or good arguments, but was instead “another kind of fundamentalism.” When it was published in 1991, Darwin on Trial galvanized a group of Christians who opposed the theory of evolution, but also wanted to distance themselves from Bible-based creationism, which could not be taught in public schools.

“It was necessary to put aside all questions of biblical interpretation or veracity and to concentrate entirely on the claims of Darwinism,” Johnson wrote for Christianity Today in 1994. “What was needed was to press questions that are legitimated within the context of mainstream academic thinking, questions about what has been proved about evolution and what has merely been assumed.”

The focus on debating the evidence for Darwinism made Johnson the “chief architect and guiding light” of the intelligent design movement, according to William A. Dembski, who was a senior fellow at the Discovery Institute until 2016.

“Phil helped us focus on the right questions,” said John Bloom, professor of physics and the director of the science and religion program at Biola University. “Whatever the details, was God involved in creation or did mindless particles come together to make us? What conclusion does the actual evidence support? Sometimes we don’t see the forest for the trees: Phil reminded me to focus on the big picture.”

Johnson wasn’t always interested in the “big picture,” though. He …

« When You Are Persecuted in One Place, Flee to Another. But Not to America.
Beijing Changes Bible Characters to Ancient Chinese in Church Magazine »