While Trump defends US withdrawal, advocates fear “Turkey will complete the work that ISIS tried to do, in eradicating Christians from this region.” 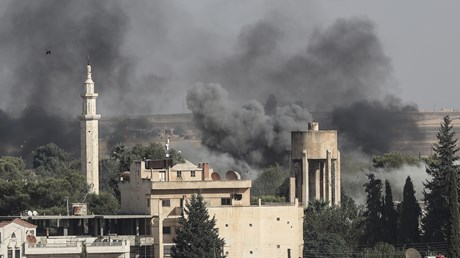 Three Christians have been killed in Turkey’s assault on Kurdish-held areas in northeast Syria, reported In Defense of Christians (IDC), citing their sources on the ground.

“People were so scared, they were telling me, ‘They are bombing us right now!’” Bassam Ishak, president of the Syriac National Council of Syria, told NPR. “We think this is a message to the Kurds and Christians there to leave, so Turkey can move refugees there. We think it’s a form of ethnic cleansing.”

The Turkish operation focused initially on a 60-mile stretch of land between the two Arab-majority cities of Ras al-Ain and Tel Abyad, a sparsely populated area known as Syria’s breadbasket, reported BBC. IDC, which advocates for Christians and other religious minorities in the Middle East, said that this area has large concentrations of Christians.

On Monday, roughly 50–100 American troops evacuated their observation posts in Ras al-Ain and Tel Abyad. By Wednesday, the Turkish incursion had begun, including airstrikes with US-purchased F-16s. The Kurdish-led Syrian Defense Forces (SDF) had previously dismantled their heavy artillery positions when the US agreed with Turkey to set up …

« Criticism of President Trump’s Syria Decision Escalates: How Should Christians Relate to Him?
Thousands of Christians Flee Syria as Violence Continues between Turkey and Syria »