How #MeToo is raising new questions about the sex scandal, even as Billy Graham’s grandson prepares to formally launch his new church. 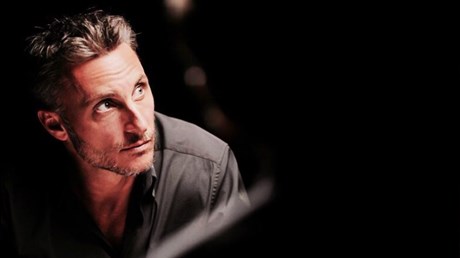 Tullian Tchividjian doesn’t hesitate to admit he has not lived up to the standards of his famous grandfather, Billy Graham.

Graham, of course, made history with his 1948 rule that he would never meet alone with a woman who was not his wife. Often referred to as “the Billy Graham Rule,” the directive has become popular among many evangelical pastors and made headlines again two years ago when Vice President Mike Pence said he swore by it.

In contrast, Tchividjian, the son of Graham’s eldest child, Gigi, was forced to resign as senior pastor of Coral Ridge Presbyterian Church in northern Fort Lauderdale, Florida, in 2015 after acknowledging that he cheated on his wife. The couple later divorced.

A year later, he was fired from an administrative job at Willow Creek Presbyterian Church in Winter Springs, Florida, after leaders there became aware of another, earlier sexual tryst.

Now, saying he is rehabilitated, the 47-year-old Tchividjian has started a new, nondenominational church called The Sanctuary that meets each Sunday at the Hilton Garden Inn in Palm Beach Gardens, Florida.

The church is not shy about Tchividjian’s past—in fact, his bio on the site chronicles not only his own moral failing but the troubled history of his second wife, Stacie, whom he married in August 2016. The bio leads with a quote from Tchividjian’s 2013 book, “One Way Love,” that insists “Christianity is not about good people getting better. If anything, it is good news for bad people coping with their failure to be good.” The congregation is planning a formal launch later this month.

Source: Tullian Tchividjian Is Back. So Is Scrutiny About His Past Infidelity.