A North Carolina sheriff’s deputy sues his former employer for religious discrimination after it wouldn’t accommodate his request to not train a female officer one-on-one. 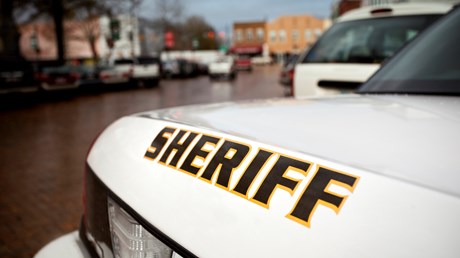 A former North Carolina sheriff’s deputy may be the first to file a lawsuit alleging he faced discrimination for his commitment to the “Billy Graham Rule.”

Manuel Torres, 51, claims in a federal lawsuit that he requested a “religious accommodation” from the Lee County, North Carolina, Sheriff’s Office, where he was employed from 2012 to 2017, after he was ordered to train a female deputy. The training included “the requirement that he spend significant periods of time alone in his patrol car with the female officer trainee.”

A deacon at East Sanford Baptist Church in Sanford, North Carolina, Torres “holds the strong and sincere religious belief that the Holy Bible prohibits him, a married man, from being alone for extended periods of time with a female who is not his wife,” according to the lawsuit filed July 31 in US district court.

The practice of not being alone with a member of the opposite sex other than one’s spouse is called the Billy Graham Rule in honor of the late evangelist, who adopted the policy early in his ministry to avoid temptation and accusations of sexual immorality. While some say the practice demonstrates integrity and protects marriages, others claim it can be discriminatory.

Howard Friedman, a University of Toledo law professor who …