“I’ve learned that pastors’ wives and children usually end up as overlooked collateral damage in these scenarios.” 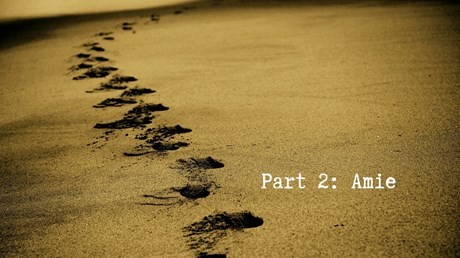 Ed: What was your initial response when Darrin's sin was revealed?

Amie: In short, I was completely shocked, furious, and absolutely devastated. It's difficult to describe the trauma that occurs when life as you know it instantly ceases to exist in a very public way.

I sobbed, yelled, prayed desperate prayers, and asked Darrin many painful questions. I barely ate or slept, stumbled through my daily life in a daze, and experienced crippling anxiety attacks and related physical symptoms.

It wasn't so much that I thought this could never happen to me, as most pastors' wives I know do fearfully consider this possibility. But I did hold some assumptions and expectations regarding what I thought it would look like if Darrin were to ever implode, and virtually none of those things held true when he actually did. I was blind-sided.

Ed: How have you seen Darrin change over the past two years?

Amie: The biggest changes that I've seen in Darrin have to do with him understanding and owning brokenness from his past, as well as the devastating effect of those unhealed wounds on his life, relationships, and leadership. I've seen him work incredibly hard to understand not just how he sinned against God and people, but why he did so, and to fully take responsibility for not just sinful behavior, but the broken patterns of thinking, feeling, and believing behind them.

The fruit I've seen as a result of this repentance is a much greater awareness of himself and his brokenness, significantly greater emotional attunement, both to himself and others, and a willingness to understand his sin and the pain he's caused without defensiveness or justification.

He weeps a lot more than he used to. He's much more patient with …

Source: A Pastor’s Restoration Process: Journey to Healing Through the Eyes of Those Closest, Part 2 – Amie