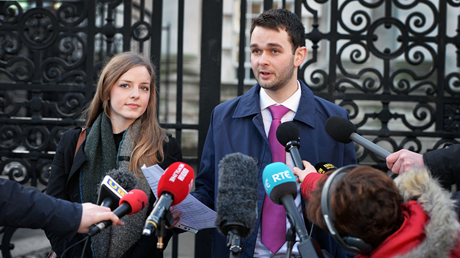 Evangelicals in the United Kingdom secured a major victory for freedom of conscience today, as the nation’s Supreme Court ruled on behalf of a Christian bakery that declined to fulfill an order for a pro-gay cake.

The high court declared that the owners of Ashers Baking Company in Belfast, Northern Ireland, could not be compelled to promote a message that went against their beliefs—in this case, a Bert and Ernie cake celebrating the International Day Against Homophobia.

“The bakers could not refuse to supply their goods to [customer and LGBT activist] Mr. Lee because he was a gay man or supported gay marriage, but that is quite different from obliging them to supply a cake iced with a message with which they profoundly disagreed,” the judge ruled.

The court’s reasoning resembled the defense made for Masterpiece Cakeshop, the Christian-owned bakery in Colorado that famously won in the US Supreme Court last June over its refusal to bake cakes for same-sex weddings.

The Masterpiece Cakeshop win hinged on the state’s biased enforcement of religious freedom accommodations and ended up being a narrower ruling than its Christian supporters had hoped for, without universally granting broader protections for compelled speech.

But the UK decision is being celebrated as a bigger victory.

“The key outcome of today’s ruling is that no one can be compelled to say anything that they profoundly disagree with,” according to the Evangelical Alliance, the largest evangelical group in the UK.

“The court found that there was no discrimination on the grounds of religious belief or political opinion, and ultimately concluded that compelled speech would not have been justified in this case,” …

« We Interviewed 20 Christians Who Traveled to North Korea. Now They Can’t.
Kim Jong Un Invites the Pope to North Korea despite Christian Persecution »