Former Windsor Village Church pastor Kirbyjon Caldwell has been sentenced to 6 years in prison for his involvement in a $3.5 million fraud scheme.
Source: Pastor Faces 6 Years in Prison for Involvement in .5 Million Fraud Scheme

After almost one year, it appears Turkish authorities have made little to no progress in the case of a kidnapped Christian couple.
Source: Turkey Makes No Progress Finding Kidnappers of Christian Couple after One Year

The annual event is asking participants to “stay home” for the first time since Roe v. Wade. 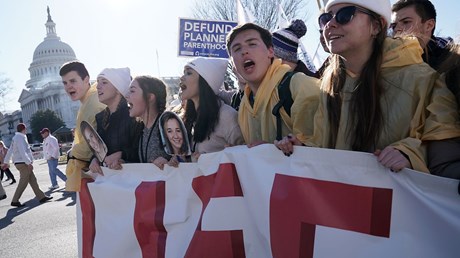 The National March for Life, the biggest pro-life rally in the country, has asked hundreds of thousands of supporters to stay home for the January 29 event, citing the pandemic and security concerns around the Capitol.

It’s the first January since the 1973 Roe v. Wade decision that pro-lifers won’t be gathering in DC to march to the Supreme Court to signal their opposition to abortion. In 2016, the march went on despite DC shutting down before a blizzard that brought nearly two feet of snow.

March for Life organizers shared the change in plans on Friday, inviting participants to a virtual event instead. The National Park Service had announced that the National Mall will be closed through at least January 21, the day after the inauguration, and DC is also under a state of emergency until then.

“The protection of all of those who participate in the annual March, as well as the many law enforcement personnel and others who work tirelessly each year to ensure a safe and peaceful event, is a top priority of the March for Life,” said March for Life president Jeanne Mancini.

While Catholics traditionally took the lead in organizing and attending the rally, the Protestant cohort has grown over the years, including the addition of a corresponding Evangelicals for Life conference five years ago. This year’s speaker lineup included prominent evangelical leaders Jim Daly, Focus on the Family president, and J. D. Greear, the first Southern Baptist president to address the event.

Organizers plan to have a small group of Christian leaders still march in-person to represent the larger group that typically descends on DC for the march, Mancini’s announcement said. Tim Tebow is still scheduled to offer a keynote …

Last month, six Christian families in East India were worshipping in a wood-and-hay structure when an influential man of wealth wielding an axe led others in and, in coarse language, asked why they had abandoned their tribal religion.
Source: Hindu Nationalists Incite Animists to Attack Christians in India 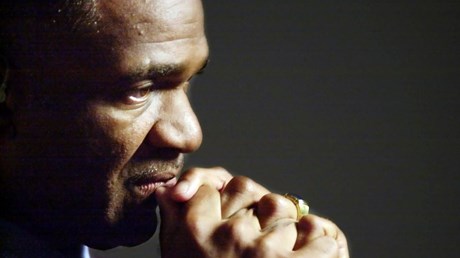 A Houston megachurch has sided with their longtime pastor, Kirbyjon Caldwell, and expressed disappointment in a recent sentence that will send him behind bars for six years for his role in a fraudulent investment scheme.

After Wednesday’s sentencing in federal court in Shreveport, Louisiana, the leaders of Windsor United Methodist Church defended Caldwell, who has served the church for 38 years but gave up his title as senior pastor when he pled guilty in the faulty Chinese bonds case last year.

“We’re very disappointed that Caldwell’s contributions to society and his extraordinary efforts to make every victim whole resulted in [this] sentence,” said Floyd J. LeBlanc, chairman of the church’s personnel committee. “We look to God because we believe God has a final answer in everything.”

Caldwell was known for his entrepreneurship and philanthropy; through the predominantly African American church and his own projects, he invested millions into community development and job creation in southwest Houston.

The fraudulent scheme, which totaled $3.5 millions of bonds targeting elderly investors, has led to him and his Louisiana-based investment adviser being charged with conspiracy to commit wire fraud; both pleaded guilty.

In a video on behalf of the church staff, LeBlanc placed blamed on the adviser and emphasized that Caldwell was also a victim in the scheme, having first invested in the Chinese bonds himself. The church believes that his generosity and desire to pay back victims had already accounted for the wrong he’d done and are turning to God for the “final answer.”

UM News reported that before his sentencing, the 68-year-old pastor told the judge, “This …

According to Open Doors 2021 World Watch List, topping the list of the most dangerous countries for Christians to live in are North Korea, Afganistan, Somalia, Lybia and Pakistan.
Source: Open Doors Releases 2021 List of Most Dangerous Countries to Be a Christian

According to a new LifeWay Research survey, in 2020 fewer pastors than in 2016 thought that their church congregants would be open to hearing a sermon on racial reconciliation.
Source: Pastors Are More Reluctant to Preach on Racial Reconciliation Today Than in 2016: Survey